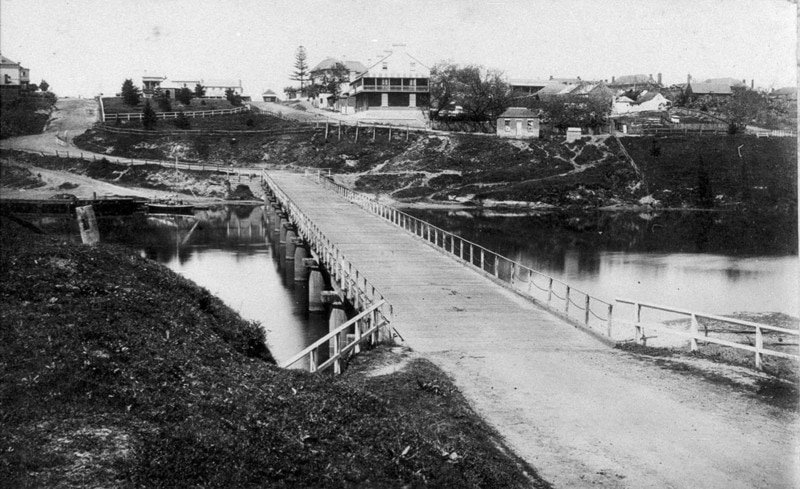 The Hawkesbury River Bridge, in the North-Western Sydney suburb of Windsor, is getting a makeover.

It’s being blown up, and relocated 35-meters downstream.

The main goal originally was to make the Horse & Cart trip across the river a little easier.

As things have progressed, it has been discovered that the bridge carries approximately 20,000 riders cross the bridge everyday.

The new structure will be raised and taken 35 meters downstream.

Apart from being completely rebuilt, when it comes back, it’ll be with bigger, wider and better lanes.

Semi-trailers will be able to pass each other with ease.

There are also plans for a 3 meter wide shared path on both sides of the bridge, for cyclists and pedestrians.

This is a huge bonus to cyclist safety. It was sketchy before, to say the least.

New ideas for this bridge came to be in early 2008. The states roads agency is hoping to have everything completed by 2019, as always, there’s a good chance it will take longer.

The main spending goal is $50 million, but $30 million has already been spent in courts and legal fees. There has been a battle for approval and permits.

Some locals love their bridge so much, they were deeply passionate about protecting the “historical site”.

This is despite the terrible traffic it causes to many residents daily, and the safety concerns around a bridge which carries 20k a day, and was only ever built to carry the odd horse and cart.

This battle in court seems to have been worth it though.

The Government plans to approve construction this June. Then work will begin during early July.

The new bridge is said to provide up to 100 jobs from different professions.

The range of tradesmen required goes from the people hired to knock things down, to the builders on the ground, all the way to landscapers needed to plant trees at the ends of the bridge.

The new bridge is expected to last a minimum of 200 years.

Joining this project will be helping to create a piece of history.